In the latest edition of Steam Railway, we mark the imminent return to steam of Hagley Hall, which last steamed 36 years ago but is now in the final stages of an extensive overhaul at the Severn Valley Railway. We chart the Collett 4-6-0’s history and the efforts being made to bring it back to life for the first time since 1986.
Staying with the GWR ‘49XXs’, we round-up all 11 surviving Collett ‘Halls’, covering their pre- and post-preservation histories and their current statuses. Elsewhere, we sit down with the Heritage Railway Association to discuss the issues affecting 21st-century railway preservation as the organisation celebrates its 60th anniversary, we look at the Foxfield Railway 40 years after it was forced to relocate its headquarters and start over again, we find out what happened to the tenders at Barry scrapyard, and we go behind-the-scenes of the restoration of BR ‘4MT’ No. 76077 – preservation’s forgotten Standard.

As always, we bring you the very latest news, comment and analysis from the world of preservation, and a whole lot more. On sale now. 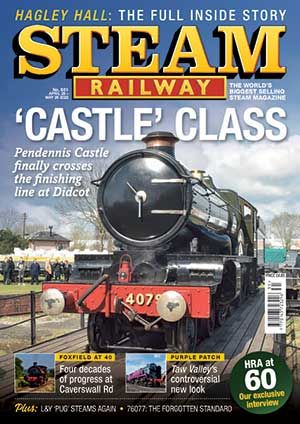 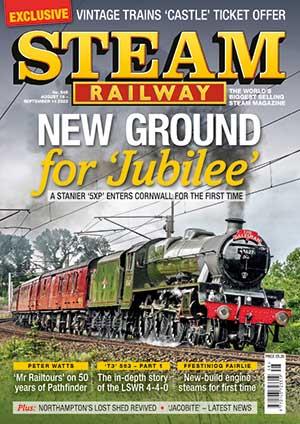