MOJO is delighted to present the first of two deluxe bookazines, bringing together its finest writing on Neil Young.

With in-depth features, insightful interviews and previously unpublished photographs, this lavish 132-page magazine follows Neil Young’s extraordinary journey from his roots as a mid-’60s garage-rocker in Winnipeg, Canada, through his colourful and tempestuous tenures in country-psych legends Buffalo Springfield and counterculture giants Crosby, Stills, Nash & Young, onto international solo success with After The Gold Rush and Harvest, and the dark ‘Doom Trilogy’ of albums that followed. You’ll also find a survey of Young’s greatest songs from this period of his career, an overview of key albums, and the story behind the spectacular unseen August 1967 photo session from which the cover of the mag is taken, and whose other highlights appear on the inside pages. Plus much more besides!

The follow-up, Neil YOUNG ARCHIVES 1979-2020, available from August 27, brings the story up to date, covering Young’s musical experimentation in the ’80s, his exalted role as the ‘Godfather of Grunge’ in the ’90s and his continued ability to this day to wow, confound and inspire the music community worldwide with his uncompromising attitude and peerless songwriting.

NEIL YOUNG ARCHIVES 1945-1978 – which comes in special gatefold wallet with space to accommodate the follow-up issue – will be on sale from July 23, 2020.

Mojo: The Collectors Series: Neil Young Part 1
Skip to the end of the images gallery 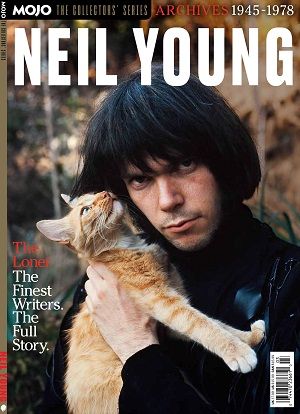