Over the past decade, Denis Villeneuve has proven himself a science-fiction powerhouse. With Arrival, he made one of the most emotional and soulful sci-fi films of recent memory, and then he followed it up with Blade Runner 2049 – a visually-stunning, thought-provoking follow-up to one of the all-time-greats, that fully deserves to stand alongside Ridley Scott’s original. Now he’s tackling one of the boldest, barmiest, densest sci-fi tomes of all time – one that weaves an expansive mythology of desert planets, feuding families, and gigantic marauding sandworms. Get ready for Dune.

The new issue of Empire is a major world-exclusive, going on set of Villeneuve’s ambitious adaptation, getting acquainted with the Atreides, and coming face-to-face with the Fremen. There are two Dune covers to collect – first up is House Atreides, one of the great noble houses of Landsraad. Up front is Timothée Chalamet’s young protagonist Paul Atreides, with Oscar Isaac as his father Duke Leto, Rebecca Ferguson as the Bene Gesserit witch Lady Jessica, and Josh Brolin’s master-at-arms Gurney Halleck.

Choose wisely, and prepare for brand new never-before-seen interviews and images from one of this year’s most exciting movies. Enjoy.

Empire October 2020 - Cover 2: Fremen
Skip to the end of the images gallery 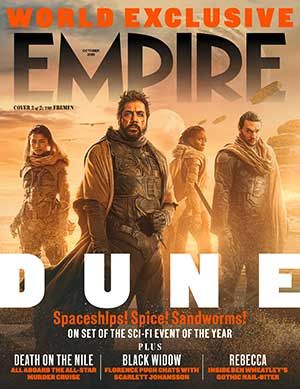 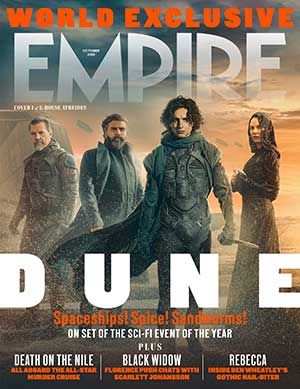