British filmmakers and actors have always been a pioneering force, an array of distinctive voices and game-changing artists. But in 2021, as evidenced by awards season, they’re a more exciting global force than ever – a fresh crop of homegrown talents who’ve come to dominate the world of film (and TV!) with bold, original, thrilling movies and scene-stealing performances. The new issue of *Empire* is a massive celebration of The British New Wave, showcasing 26 incredible directors, writers and actors driving cinema into a new era.

Get a 20% discount when you buy two or more of the collectible covers with the code NEWWAVE.

Pre-order Cover 4 of the July issue today! Pre-orders will be dispatched on 10th June 2021

Empire July 2021: Cover 4 - Kingsley Ben-Adir
Skip to the end of the images gallery 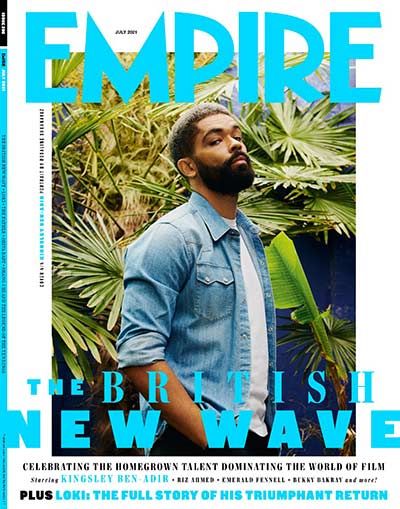