Empire Classics presents the second issue in the series, The Greatest Sci-Fi Movies.

In this issue you can expect to find a complete history of the genre told by its most important and influential films, including the likes of Star Wars, Blade Runner, Jurassic Park, E.T., Inception and many more. Enjoy our special and relive Empire’s collection of the greatest sci-fi movies ever.
Empire Classics: The Greatest Sci-Fi Films Ever
Skip to the end of the images gallery 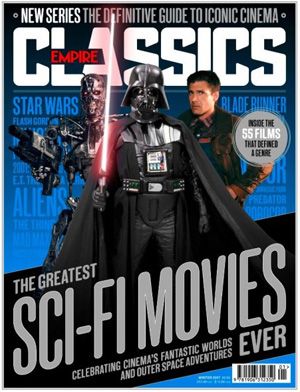