Buy your exclusive 2007 cover featuring No County for Old Men with this special Empire September 2019 issue.

Empire: 2007 - No Country for Old Men
Skip to the end of the images gallery 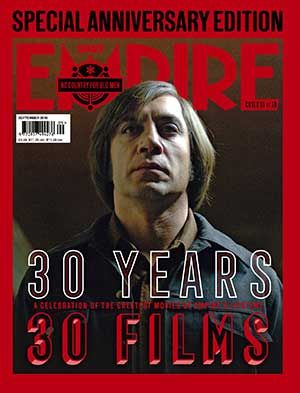