We hope you love this very special issue – here’s to 30 more years of Empire, and many more incredible movies still to come

Empire: 2005 - Brokeback Mountain
Skip to the end of the images gallery 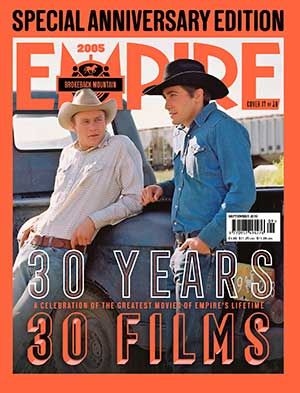