MOJO is delighted to present the first of two deluxe bookazines bringing together its finest writing on PAUL WELLER, legendary British solo artist and leader of The Jam and The Style Council.

Featuring insightful stories and classic interviews, and illustrated with dozens of rare and iconic photographs, this deluxe 132-page magazine charts Weller’s eventful journey from his days as a fiery teenager fronting New Wave sensations The Jam in the late ’70s, to his dramatic reinvention as a blue-eyed soul boy in The Style Council in the 1980s. The in-depth features include an account of Paul’s struggle in 1978 to overcome writer’s block and create his first masterpiece, The Jam’s All Mod Cons album; the story of how he sensationally split The Jam at the peak of their fame to pursue his love for soul, jazz and political activism; and the salutary tale of how The Style Council’s bid to make ever more daring music in the ’80s eventually spelt their downfall.

The follow-up, Modern Classics 1991-2019, available from December 19, looks in detail at Weller’s remarkable – and tumultuous – comeback in the ’90s as solo artist and ‘Modfather’ to the Britpop generation, and brings the story up to date with the tales behind his run of challenging records since 2008’s landmark 22 Dreams album, which have continued to entertain his legions of fans with Weller’s restless urge to create new and exciting music.

Mojo: The Collectors Series: Paul Weller - Edition 1
Skip to the end of the images gallery 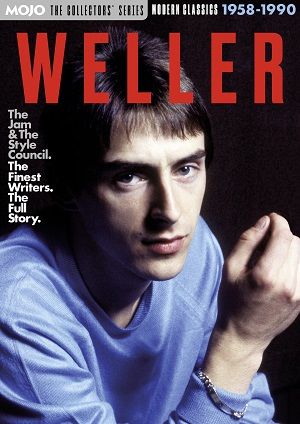